Dolphins Should Continue to Upgrade The Offensive Line 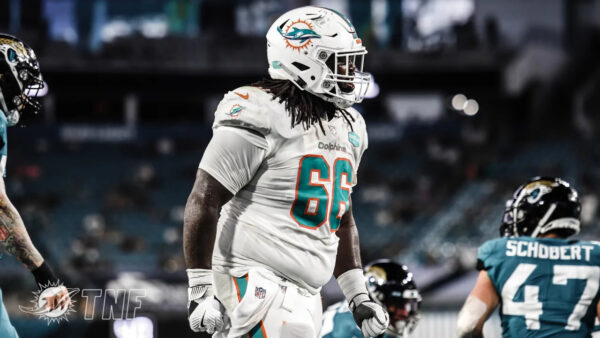 Last year the Miami Dolphins committed many off-season resources to upgrade the offensive line. They signed 2 free agents and drafted 3 offensive linemen in the first 4 rounds of the NFL draft. The offensive line was better than in 2019 but needs to continue improving. The Dolphins were one of the worst teams in the league running the football. While the Dolphins didn’t have a lot of talent at the running back position, it doesn’t excuse the offensive line play. A good offense always starts up front.

The Dolphins should continue to develop their younger players in Austin Jackson, Robert Hunt, Solomon Kindley, and Michael Dieter. However, they shouldn’t bank on their continued development. In the past decade, one of the reasons the Dolphins have been stuck in mediocrity is because they banked on players they drafted to get better. They drafted guys like John Jerry, Dallas Thomas, Jamil Douglas, Jonathan Martin, and Billy Turner who didn’t play well or didn’t improve to the team’s standards. This can be attributed to coaching because a guy like Turner moved on and is having a nice playing career elsewhere with the Green Bay Packers.  Others like Thomas, Douglas, and Martin, who just couldn’t play at the NFL level or had other issues. The bottom line is the Dolphins failed to recognize the lack of growth in some of these guys and banked on them getting better. I was very encouraged by what I saw in the offensive line, but the Dolphins need to continue to get better.

One of the Dolphins’ biggest free-agent signings last year was left guard Erik Flowers. Flowers was a top 10 pick of the New York Giants in 2015, but he was a bust at left tackle and bounced around from a couple of teams until he found his niche at left guard. Flowers was a decent starter this year, but he needs to play better. He led all of the linemen in penalties and didn’t play up to his 3year 30-million-dollar contract he signed last year. The Dolphins can’t get rid of him, but he needs to play better, and the Dolphins need to look for another interior lineman as well.

The Dolphins signed center Ted Karras last year to a one-year deal, and while he played well, I think the Dolphins should look to get better. The center position is one I have been saying for years the Dolphins need to address ever since Mike Pouncey started having his hip issues that eventually led to the team releasing him. The Dolphins have tried plugging in players like Daniel Kilgore, Anthony Steen, and Kraig Urbik, but none of those players were NFL starters. Those guys were just bodies for depth, and the Dolphins need to find a starter that can help anchor the offensive line for the next 5-10 years. Karras was a good starter, but there was a reason they signed him to only a 1-year contract. The Dolphins could bring him back for another 1-year contract but bring in someone to compete with him. The Dolphins will have opportunities in the 2nd and 3rd rounds of the draft to add a center like Creed Humphrey, Landon Dickerson, or Quinn Meinerz. 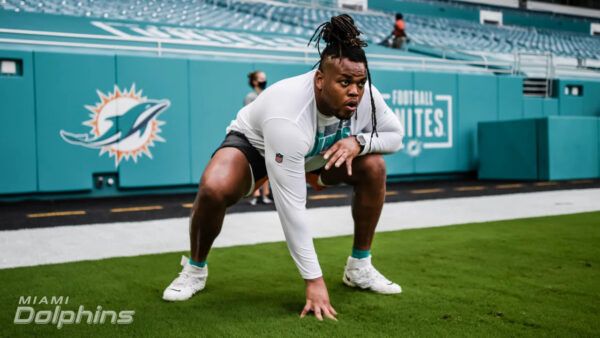 The Dolphins rookie class of Jackson, Hunt, and Kindley all played well and started most of the games played this year. The one thing I liked about these guys was the game didn’t seem too big for them, and that’s a big thing especially when there wasn’t a true off-season for these guys. They basically had training camp, and that’s it, but all of them held their own and went through the ups and downs of a rookie season in the NFL. The Dolphins have to be encouraged but not satisfied. These guys need to have a full off-season to get in the weight room and work on their technique to get better. Kindley weighs over 340lbs and could probably benefit by lowering his playing weight. Jackson was considered a raw prospect when drafted last April, considering he wasn’t 21 years old. He started off the season great, but an injury forced him to miss a month of the season; he returned and wasn’t the same and needs to continue working on his technique. Hunt started the season on the bench to start the year but was pushed into the starting lineup after injuries, and he played well.  I believe in the growth from year 1 to year 2 in a player, and these guys will have the opportunity to show if they have grown or not.

The Dolphins have the number 3 pick in the draft, and a lot of people have them taking Alabama wide receiver DeVonta Smith and the Dolphins have a huge need at receiver. Still, I’m not against the Dolphins taking Offensive Tackle Penei Sewell. Many people will say why you drafted 3 offensive linemen last year and desperately need playmakers like Smith at receiver. That is correct, and I can’t dispute that; however, Sewell is considered a blue-chip offensive tackle in this draft by a lot of people, and if the Dolphins have him rated higher than Smith, for example, then I would say take the highest rated player on your board. Plus, if there is one take away from the Super Bowl, you have to have good depth on the offensive line no matter who you have at the skill positions, or you could get overmatched against strong fronts like the Kansas City Chiefs were against the Tampa Bay Bucs, when they were playing with their back up tackles. I can hear people say, where would Sewell fit if drafted? Well, that’s for the coaches to decide to play the best 5 offensive linemen, even if that means switching up positions for other players.

The Dolphins will have 4 of the top 50 picks in the draft, and while we probably add some skill players at running back and wide receiver, it’s important not to forget about building the offensive line and adding more players upfront. That’s where a good offense starts.

Dolphins Back In London 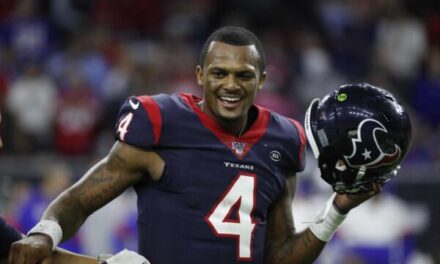 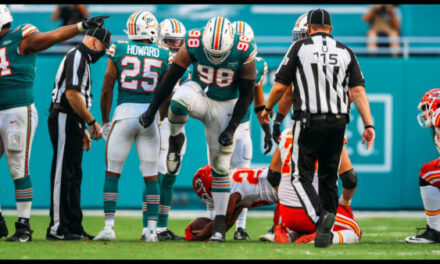