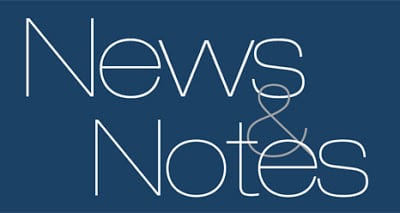 -The Dolphins still have to cut 2 more players by 4pm today. One has to think that they may be trying to swing another trade today to get something back for a player they have to release. Positions of strength are offensive line and wide receiver so players like Jamil Douglas or Griff Whalen could be on the block and could net a 7th round pick in return.

-The injury to Kenny Stills it is being reported by ESPN as not being serious.  Appears to be that his back locked up during a play yesterday. Early reports are he won’t miss the regular season opener but we should learn more today about his condition.  UPDATE: Still practiced today for Miami and appears ok.

-No word on the Laremy Tunsil injury but it was also reported that it isn’t serious as well. UPDATE: Tunsil said today he will play Thursday vs the Titans

-DeVante Parker’s injury is a different story as this could be something that prevents him from playing week one. No word on what the injury is but it may be a hamstring from unconfirmed reports. We should know more this afternoon.

-The Chris McCain trade was a stroke of brilliance by the Dolphins front office yesterday. Instead of just cutting McCain, like they were going to do,  the Dolphins got something in return for him. I know McCain was very popular with the Dolphins fan base as he interacted with a lot of fans on social media but at the end of the day he was a marginal NFL player who wasn’t going to make this team. During his time in Miami McCain did little to nothing on the field and he wasn’t getting better as time went on. He is too small to be a quality every down defensive end and too big to be a quality outside linebacker. Not to mention McCain was at the center of the drama last year in which he was rumored to “leak” (and also embellish in regards to practice squad players paychecks) what was said one day at practice between Tannehill and some of the defensive players which started a week long distraction for the organization. While it was never 100% confirmed McCain was the source that leaked that story to the press, many unconfirmed reports say it was him who was the leak. Whcih didn’t sit well with people in the Dolphins front office. Regardless of that the long and short of it is Chris McCain was buried on the Miami depth chart at defensive end and was not going to make the Dolphins roster. In New Orleans McCain has a shot to contribute and make their 53 man roster. The fact the Dolphins will get a 7th round pick in return for him should McCain make the Saints roster is only a bonus.

–Some website housekeeping, we should have a new episode of the DolphinsTalk.com Podcast up later this week. Due to an illness to our host Randy, we couldn’t record an episode last week. Randy is on the mend and feeling better and we should have a new episode up this weekend. Get Well Soon Randy! I will also have up by this weekend my 2016 NFL Predictions. Last year I nailed Denver in the Super Bowl and correctly predicted 7 of the 12 playoff teams. I am putting my predictions together and should have that up for you by the weekend as well. We will also have some new features up on the site for this upcoming season. I will be doing a Gambling column each week with College and Pro picks against the spread which is something many of you have been asking for. Some other new features are in the works as well which should be interesting. Our website is growing rapidly and we will continue to grow and bring new features in the coming weeks and months.

Don’t forget to follow us on Facebok at https://www.facebook.com/DolphinsTalk/ 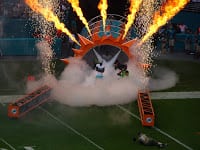 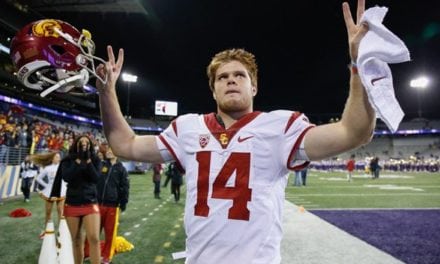 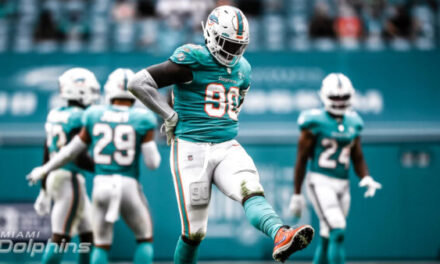