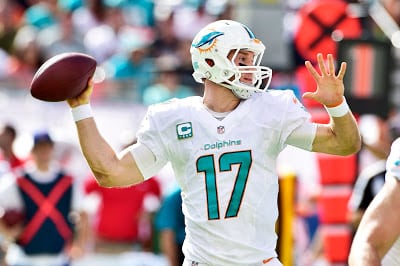 The Franchise Tag deadline is up, free agency
deals have started, and the 2018 NFL Draft is just around the bend. So, where
to the Fins sit in all of this?

Let’s start at QB. Ryan Tannehill should be the
go-to guy once again. Adam Gase is 8-5 with Tannehill as the starter and Gase
is going to stick with his man. I do think the Dolphins will go after a developmental
either in the draft or through free agency moves. But consider the starting
role filled.

A thrown ball must be caught and Jarvis Landry is one of the
best in the business. In fact, Miami put the franchise tag on him earlier but
still traded him out to the Browns last week … the last time a tagged player
was traded was Matt Cassel all the way back in 2009. So who’s going to be snatching
the prolate spheroid out of the air now that Landy has hit the bricks? Albert
Wilson, that’s who. It’s looking like a 3-year, 24-million-dollar deal.

This comes in at roughly half the cost of
Landry which will give them a little breathing room from the 16 million tag
guarantee. The Fins are also set with DeVante Parker and Kenny Stills, so
Tannehill should have plenty of worthy targets to throw to. With that said, I
wouldn’t expect the Fins to use their first draft picks to bolster an already
stout receiving corp.

The Miami Dolphins are in dire need at various positions, and it is only
going to get more complicated as more player cuts occur due to the fact that
the Dolphins are pushed snugly up against the salary cap. But I believe their
most immediate needs are at Linebacker and Offensive Line, either a tackle or
guard.

I would expect the 11th overall pick to
either go to Roquan Smith, the LB out of Georgia, Tremaine Edmunds, LB out of
Virginia Tech, or Quenton Nelson, Notre Dame’s top Guard.

The Fins really need an explosive young LB
that can pull double-duty with pass coverage —especially now that veteran LB,
Lawrence Timmons is on the ropes. Smith would be my pick as he is basically a
really big safety. He can beat running backs to the edge and he can run down
receivers in coverage. Plus he has an uncanny ability to fish his way through
blocks. With all of that said, there is a good chance that he won’t be
available and the franchise will have to take Tremaine Edmunds or Leighton
Vander Esch.

Edmunds is a beast in and around the line of
scrimmage, but he won’t be an LB that excels in coverage just yet. He is just
19 though, so perhaps he can learn to read routes and fakes better.

Vander Esch might actually be a better fit as
he has some serious quicks for his 6’4, 256-pound frame. He won’t be as good in
the trenches as Edmunds but might have more of an immediate impact in the
middle of the field.

I don’t believe that the Fins want to release
Ndamukong Suh but they had to make that tough decision. While at the time this is being written he hasn’t officially been let go, it was announced on this past Monday that Miami is going to be letting go of Suh as a Post-June 1st cut later this week. Opening up $17 million on the salary cap for the Dolphins. I am not sure it was much of a surprise to Suh that this was coming as apparently, Suh had just listed his Ft. Lauderdale home on the market not that long ago.

The 26.1 salary-cap number Suh would have carried in 2018 would have been a big burden to the Dolphins organization. With him no longer in the picture, suddenly there is some available funds to help fill the Suh void at DT and also plug up some
holes in other areas of need like the LB core and O-Line.

When we look at the betting odds at online powerhouses like
intertops, we see the Dolphins’ Super Bowl odds are way back at 80 to 1. We’ll
have to check back with them after the draft and more of the free agency moves
take place to see how much that number improves. 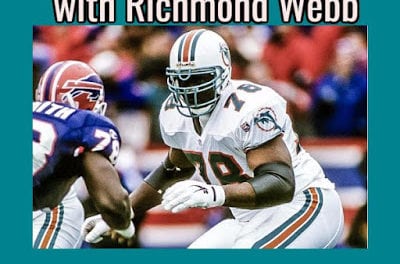 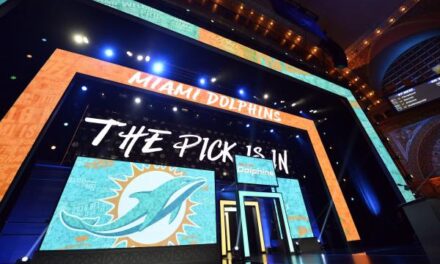 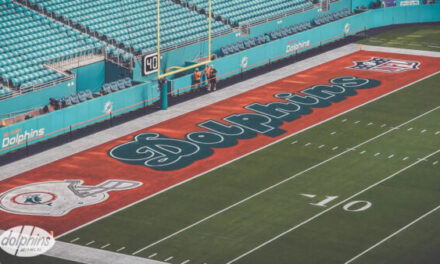 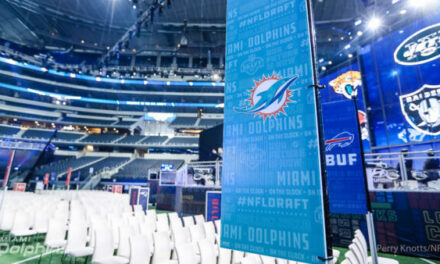