Where O’ Where Have My Dolphin’s Gone ?

I’m not sure what is worse, getting blown out the week before in New England or blowing a 17-0 lead in the 3rd quarter? 1st place in the AFC East is beginning to look more like a distant memory. While the Dolphin’s had some points on the board, I thought about being 4-1 and hosting the Bears next week. The possibilities were endless. Getting over so many injuries would have been such a statement game for the Phins. Especially by beating the Bengals on the road.

Everything was working perfect with Frank Gore running hard and finding creases up the gut. Ryan Tannehill was making good, safe throws. Jakeem Grant was electric as usual and they actually remembered they had Kenyan Drake. The Defense was shutting down an Offense averaging over 31 points a game. The Defense didn’t miss Cam Wake, Jordan Phillips, Bobby McCain, William Hayes or Andre Branch. While up 17-3 late in the 3rd quarter, the Dolphins had a 3rd and 1. Cincinnati just hit a field goal to get on the board when Adam Gase tried to be cute, when he isn’t that pretty. A play action pass deep to Kenny Stills fell incomplete is when the wheels fell off.

Once again, the Dolphins played like the Dolphins. A taunting penalty cost Miami 15-yards after pinning Cincinnati deep in their own territory. Special Teams Coach, Darren Rizzi,went mental on Martell Spaights. You know him, we just picked him up off the streets for depth. Being selfish is not a recipe for success. How can you taunt your opponent for doing your job? Aren’t you supposed to tackle the punt returner? Why get into his face and chirp?

Then on 3rd and 3, the Referees wanted to get involved once again. A late hit from Safety, TJ McDonald, kept the drive alive. I’m not quite sure how players can play Defense anymore. It wasn’t a hit to the head, it wasn’t at the knees. A shoulder to the back after a deflection caused the flag. A few plays later, Andy Dalton tossed a floater to running back Joe Mixon for a touchdown. If former 1st round pick, Charles Harris, could tackle anyone, the game could have been different. He was around Dalton all day, but he just couldn’t take him down. Close only counts in horse shoes and hand grenades, right? 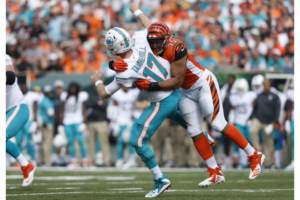 Still up 17-10, I was waiting for the Dolphins to get the ball back. With 11 minutes left to go, a good drive by Miami would have iced the game. During their 3-game winning streak they found ways to win, the football bounced their way. On a 2nd and 8, Ryan Tannehill tossed the ball into a crowd and deflected right into the hands of Defensive End, Michael Johnson. He returned it for a touchdown and the game was tied up. I could have shut off the game from there knowing it was over. The Bengals had all momentum. The Dolphins ended up giving the ball back to the Bengals, who then drove down the field for a field goal. Cincinnati was converting all of their 3rd downs. Total opposite of the 1st half when they didn’t convert one. Then again, Tannehill got stripped of the football and returned for a touchdown the other way. 27-17 Bengals. Game Over.

Next week, the Bears come to town. The 3 and 1 Chicago Bears. The 1st place Monsters of the Midway. Their Defense is ranked number 1 in most defensive categories. Fresh off a bye week, they should be well rested. Khalil Mack right now is probably licking his chops. The Dolphins will be without possibly three starting offensive linemen. They lost Laremy Tunsil in the 3rd quarter to a concussion. Daniel Kilgore and Josh Sitton are already lost for the season. It’s do or die for Miami. Either go 4-2 or 3-3. That’s a big difference. From here, the season could go in different directions. The Dolphins need to find a way to win. It starts from the top with Coach Gase. Shake off a few tough losses and move forward. Football and life are very similar. It’s how you react to different situations day to day and week to week. Let’s pray the Dolphins learned their lesson this week and move on. Living in the past stops you from living in the present. New day, new week, new Dolphins. I hope… 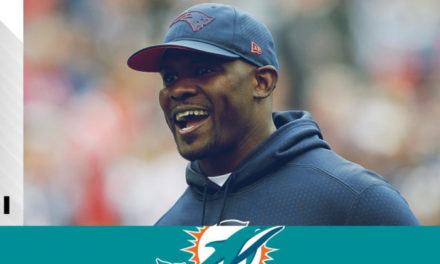 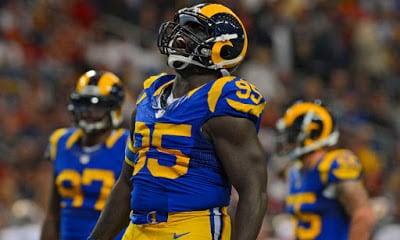 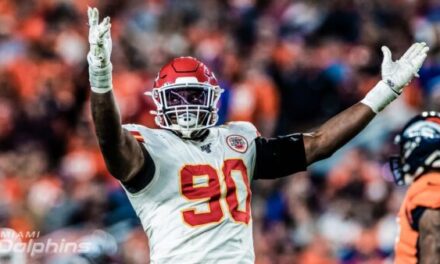