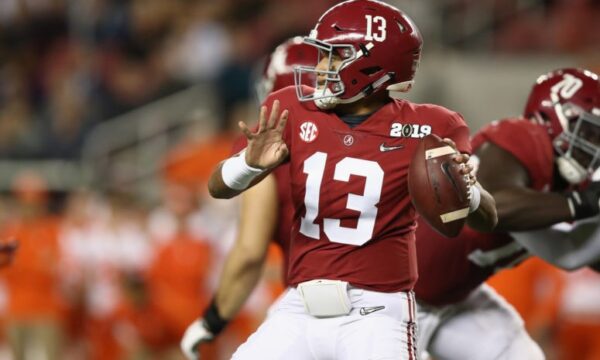 There are not enough adjectives to describe the first two nights of the draft for the Miami Dolphins. They absolutely killed it! It would have been so easy for Dolphins General Manager Chris Grier to trade heaven and earth to get Joe Burrow. He could have also gone for Justin Herbert instead. But, that’s not what happened.  He stuck to his guns and I truly believe he got the guy he wanted all along. The guy he believed in from the start. The Dolphins drafted Alabama quarterback Tua Tagovailoa with their first pick of the draft. The Dolphins followed a logical plan in the 2020 Draft.

I wanted to do backflips and I’m not going to lie, I was probably more excited about the Dolphins drafting Tua than I was back in 2012 when the Dolphins took Tannehill. Drafting a quarterback is always exciting. But, it’s even more exciting when you think they may have gotten it right this time.

Now, as excited as I was, Tagovailoa comes with some risk. He was pretty banged up in college and I just can’t help but think that his career might end up turning out similar to Marcus Mariota’s who was recently let go by the Tennessee Titans. Tagovailoa and Mariota went to the same high school and while Mariota spent his college days in the Pac-12, Tagovailoa was in the SEC competing for national championships every year. So, I worry about the damage to his body.

Do I think Tua Tagovailoa is a better overall prospect than what Marcus Mariota was coming out of Oregon? Yes, I do and we are going to get into it, right now.

Tagovailoa has tremendous arm strength. The way he sets his feet and just launches the ball in the air is a more refined technique than Joe Burrow’s. However, he does need to work on his accuracy a bit. He’s not going to have the receivers he had at Alabama with the Dolphins (at least not this year if he plays). He’s not really a mobile quarterback or at least not a player you would associate with running the ball at his size. But, he has a good pocket presence to keep plays alive and throw the ball away when there is nothing there. Also, it’s worth noting that the Dolphins just let go of their best rushing quarterback in franchise history last year so, I wouldn’t call mobility that much of a necessity unless it’s to avoid a sack or such.

Moving on, I think every Dolphin fan on the planet knew what position was going to be drafted next. They had to give Tagovailoa some protection and did. They selected USC’s Austin Jackson with their next pick. Now, I know some Dolphin fans felt Jackson was a reach because he was slated to be a second-round pick. But, there’s another way to look at all this.

The Dolphins are going to sign Jackson to a 4-year contract and because he is a first-round selection, the Dolphins will have a fifth-year option. So, that’s five years on the cheap for a solid player. If you recall, a similar situation took place with Jawuan James a year ago. The Dolphins didn’t end up re-signing James but still, that’s a long time to have a player for such an important position.

Jackson has quite an inspirational story. He missed multiple practices in the 2019 offseason at USC because he was giving his sister, Autumn, a bone marrow transplant. Doctors warned him that his strength could suffer as a result but Jackson did not hesitate to help his sister.

As far as Jackson’s abilities go, He is very agile and I don’t see any strength lost when he is blocking defenders. Watching tape on him, he seemed like a good teammate to his fellow Trojans. One thing, I did notice is sometimes, he would use his shoulder instead of his whole body to block. He’s got to work on that so he doesn’t get hurt.

Dolphins ended up trading back from 26 to 30 overall with the Green Bay Packers. They ended up selecting Auburn’s Noah Igbinoghene.

Igbinoghene’s best asset is tackling. Not many players get by him. Like Byron Jones, he isn’t an interception machine. I thought the Dolphins would go edge-rusher here but this is not a bad pick. I saw many mock drafts leading up to this day where the Dolphins would go safety or running back so, I guess we were all wrong.

Dolphins would head into day 2, 3 for 3 in my book. For their first pick on day 2, they went with another offensive-lineman, Robert Hunt. This was a little bit of a shock. Iowa’s A.J. Epenesa was still available at this point, which I couldn’t believe but more than that, I was certain the Dolphins would stick to the premium positions with their first 4 picks.

With that being said, Hunt is not a bad selection. In fact, I would say he is a beast. He has tremendous strength. I mean, he just pushes defensive-linemen backward. He can create gaps for the backs to get through. His motor is relentless. My biggest criticism would probably his lack of competition. I mean, as big as he is, he comes from Louisiana-Lafayette. Now, he did play left guard and right tackle in college but the Dolphins clearly see him as a guard. I’m not sure how the Dolphins are going to arrange their offensive line but if I had to guess Hunt will probably spend his rookie season behind Ereck Flowers who was signed by the Dolphins on March 20.

Dolphins still had two more picks for day 2. After Hunt, they did end going defensive-lineman, finally, and selected Nose Tackle, Raekwon Davis. Thanks to the virtual draft, we fans, we’re treated to a video of Flores getting pumped up with this pick. Honestly, not sure what that was about, but let’s get into Davis. He’s got all the measurables you want for a player of his position but his play degraded during his time at Alabama. After accumulating 8.5 sacks and 69 tackles in 2017, he had 1.5 sacks and 55 tackles in 2018 and only half a sack and 47 tackles in 2019.

The latest from https://t.co/jTLjtUE3tr Blogger @DanteCollinelli in his series of the Dolphins Draft Breakdown https://t.co/k5WV3EL1v2

There’s been much speculation as to why this happened. Scouts have said that maybe he just didn’t work on his craft enough due to maturity concerns. Either way, the Dolphins continue working on their defensive line, and being surrounded by veteran players like Wilkins, Godchaux and Lawson should help the burden with Davis. Davis will likely be facing multiple double-teams this season, so that should allow other players to step up and make plays. Davis doesn’t have to be a star. He just needs to do the little things.

Flores also likes smart football players and Brandon Jones fits that mold as the Dolphins wraps up day 2. He is a high football IQ and you can see it while watching the film on him. Go and re-watch the 2019 Red River Showdown if you don’t believe me. He has good instincts. Not the best in man coverage and that is something Flores is going to have to work with him on. Also, he has a lot of injuries. He’s currently recovering from a shoulder injury that prevented him from playing in the bowl game against Utah.

As excited as I was about this year’s Dolphins draftees, I’m left to wonder just what kind of impact they will have. Most of the country is still under quarantine. There have been no mini-camps or OTAs or even team meetings. I want to see the players play in 2020 but that just might not be a feasible answer right now. Jones and Tua are most likely not going to be playing if there is a 2020 season. Hunt, Davis, and Igbinoghene probably will but in a reserve capacity only. The only one I can really see to get significant playing time in 2020 is Jackson. 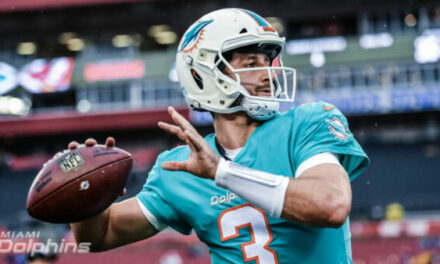 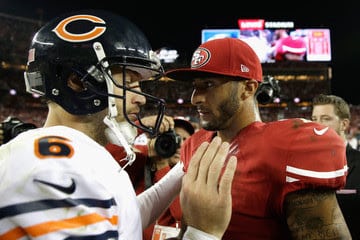 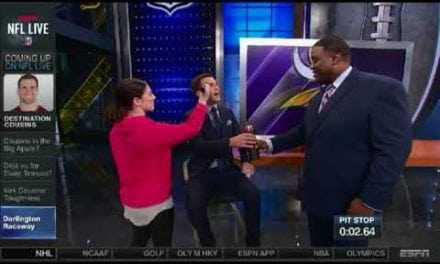 VIDEO: Jeff Darlington of ESPN Believes Landry Will Be in a Dolphins Uniform in 2018 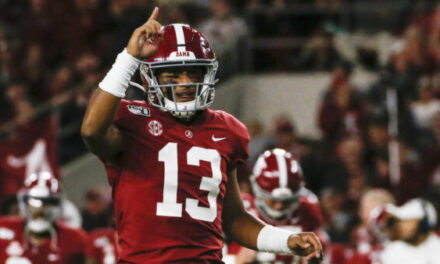