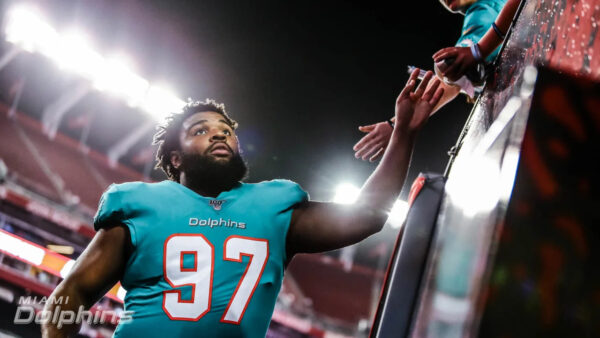 Throughout the last few decades, the Miami Dolphins have had their fair share of dominant defensive linemen. So the question is who is the Dolphin’s next defensive line superstar?

The 80’s defenses showcased players like Doug Betters, Bob Baumhower, Kim BoKamper, and T.J. Turner. Baumhower and Betters both deserve to have their busts enshrined in Canton, but that’s a discussion for a different day.  The 90’s introduced us to some of our favorite all-time players.  Defensive studs like Tim Bowens, Jason Taylor, Daryl Gardener, Jeff Cross, Trace Armstrong, and Chuck Klingbeil.  These guys brought the wood each and every Sunday.  Those 90’s teams played some serious defense.  In the 2000s, there was some crossover from the ’90s with JT and Bowens playing into the middle of the decade, but new stars emerged.  Players like Vonnie Holiday, Kevin Carter, Keith Traylor, and Randy Starks dominated opposing offensive lines and became fan favorites.  The 2010s brought us Ndamukong Suh and the all-world talent of Cameron Wake.  Wake was just named The Miami Dolphins player of the decade by ESPN, probably the biggest no brainer in the history of mankind.  His 97.5 sacks, 2 All-Pro first-team nods, and his 5 pro bowls will almost certainly land him next to Jason Taylor in the Pro Football Hall of Fame.

Regardless of the scheme, 3-4 or 4-3, the Dolphins defensive line has always had dominant players contributing dominate performances.  The ’80s solely featured the 3-4 defense, anchored in the middle by Baumhower, and they could shut people down.  In 1993, Coach Shula and Defensive coordinator Tom Olivadotti switched to a 4-3 defense after moving 2nd-year player Marco Coleman from outside linebacker to defensive end.  The 4-3 remained until 2008 when Tony Sparano took over the team following Cam Cameron’s 1-15 2007 season.  Cameron “failed forward fast” and only lasted one season, despite drafting Ted Ginn and his family.  Sparano loved the 3-4 and had solid talent at the defensive line.  The problem was he also loved field goals and the team struggled to score.  In 2012, when Joe Philbin got the head coaching gig, he once again switched back to the 4-3 defense, but again the team struggled to find points.  This past season, under Coach Flores, the team went back to the 3-4 and that appears to be where the team will be for the foreseeable future.  Which leads me to my question.

As the calendar has moved us to yet another decade, we must ask, who’s next?

Who is the next great defensive star to anchor this defensive line?  The time seems right for someone to emerge as the Dolphins secondary has drastically improved over the last couple of seasons.  Will it be someone currently on the roster, or is our star still somewhere out there?

The hope is that player is already on the roster.

Is it Davon Godchaux?  Godchaux is a leader in the locker room and a beast at stopping the run.  It’s probably unreasonable to expect his pass-rushing to be the strong point of his game while playing nose tackle, but that area has improved.  Last season was his best season as a pro with 75 tackles and 2 sacks.  He also had a career-high in QB pressures.  Can he take the next step in his 4th season? 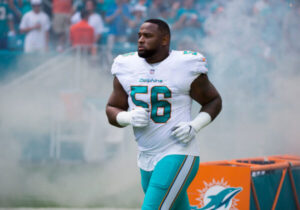 Could it be Christian Wilkins? In his first season, he was the leading tackler among rookie interior lineman, with 56 tackles.  He was used all over the defensive line and on different fronts depending on the looks they were getting from opponents.  His versatility, quickness, and size give him all the makings of a player who could dominate for a decade.  If he’s able to stay healthy and available, he looks like a strong candidate to take the torch.

Or are we still searching?  The addition of Shaq Lawson is a nice addition but I do not believe he has the runway of a player like Wilkins.  A player like rookie Raekwon Davis, out of Alabama, will be an interesting player to watch.  At 6’6” and nearly 320 pounds, Davis will always be one of the biggest players on the field.  He’s one to keep an eye on.

When the Miami Dolphins have had a dominant play from the defensive line, they make the playoffs.  The same can be said for when they have quality quarterback play.  The years when they’ve had both at the same time, they play in Superbowls.

The next few seasons, with this influx of youthful talent, could lead to dominant performances at both positions.  If that’s the case, there are good times ahead. 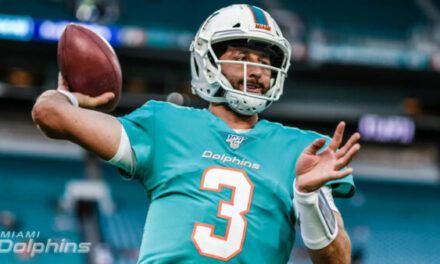 5 Players to Watch Against the Tampa Bay Buccaneers 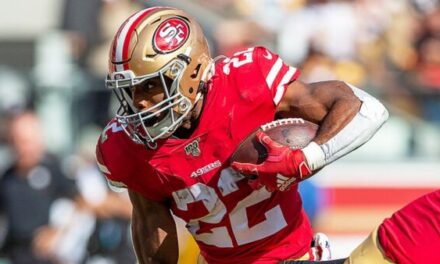 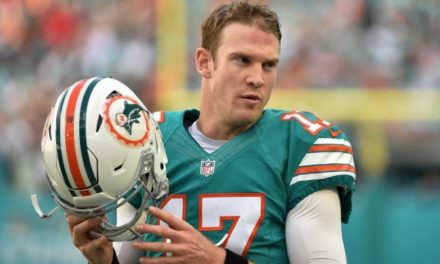 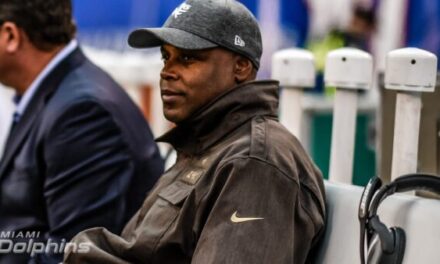