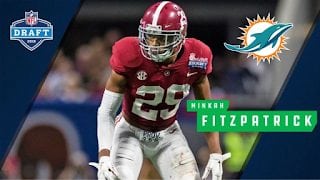 I know many of us wanted Rosen to fall into our lap and we had
good reason for that to happen. But, fate in its infinite wisdom decided to let
the best safety in the draft fall to Miami at 11 and that’s Minkah Fitzpatrick.
Let’s face it, Reshad Jones is the real deal and will be with Miami for the
next few years but TJ McDonald can be replaced at any moment. McDonald is an
alright player in the grand scheme of things but Fitzpatrick is younger,
faster, has good hands and just simply gets the job done. McDonald signed a big
4 year $24m contract before last season and that’s all well in good but as we
all know unless you’re a QB, you can be moved at any time with this regime.
It’s also worth pointing out that there’s been some talk of McDonald becoming
some sort of Bebop and Rocksteady Secret of The Ooze type “hybrid”
safety where he plays closer to the box. That be cool because that would allow
Jones and Fitzpatrick to do their thing while letting McDonald be aggressive
and not do as many things that fast people are asked to do.
Also,
I know we’re supposed to hate Saban and I do want to fight the guy at some
point in my life, which I guess means I want to fight Minkah’s dad, but Minkah
has been playing on the field at Alabama since he was a freshman, something
that doesn’t happen very often at all there. This guy makes plays and that’s
something Miami desperately needs on defense. Not sure about you, but I always
think that players from Alabama come into the league and just dominate. I know
that isn’t true but when you get a young guy from Bama you just think that you
got a guy who can really play, that’s just a cut above the rest. It just seems
that Bama players just kick the crap out of everyone else so yes, I’ll take all
the Bama players.
Fitzpatrick
comes in and starts right away. Where Miami goes from here, who the heck knows?
Lot of really good players left. Personally, as everyone knows, I’d live Miami
to finally get a real deal TE and I want that person to be Mike Gesicki but you
could make the argument that they should go RB to help Drake and Gore and get a
guy like Derrius Guice or Nick Chubb. You have the feeling that Miami will go
offense with their next pick or at least I have that feeling.
Regardless
of how you feel, if you have a brain, you must be pleased with this pick and
should feel decent enough that Miami is on their way to rule the AFC. That, or
Miami just landed a tremendous bust. It’s got to be one or the other. 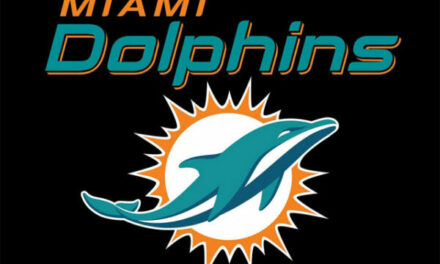 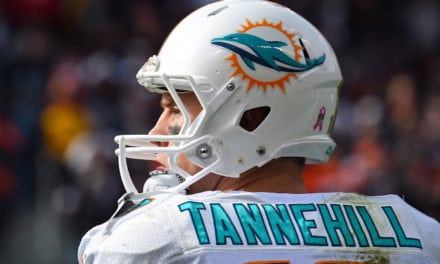 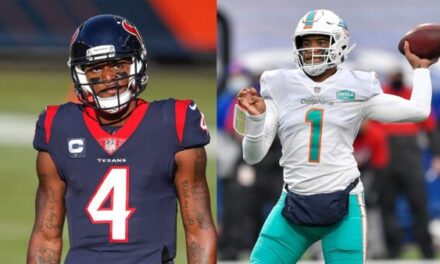 Rich Eisen: What a Deshaun Watson Trade to the Dolphins Would Mean for Tua