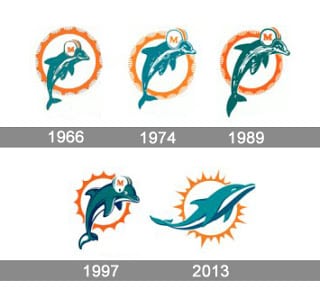 Hope everyone had a fine Easter and that you ate tons of kielbasa
which of course leads to some excellent breath and burps for the rest of
humanity to deal with. Back to the grind unless you’re and educator like myself
and get the opportunity to see more snow fall to the Earth here in NEPA.
Uplifting indeed.

It appears the Dolphins are looking to change up their uniform
once again but will not be going with the adored and beloved 1966 throwback
jerseys. As per Antwan Staley of USA Today,

According to President and CEO Tom Garfinkel, the Dolphins will reveal their new uniforms on April 19. Although fans have expressed their desire to see the team go back to their popular 1966 uniforms, the Dolphins have said that will not be the case.

Why can’t it be the case? Why can’t the Dolphins
just give the people what they want? Just be cool and listen and have the
fanbase be happy one time. Nope. Can’t do that right? Can’t make me and nearly
everyone else a little bit happy by letting us understand that we’re probably
going to watch another feeble Dolphin’s team next year but at least we could do
it in some of the sweetest looking jerseys in sports? Naw, why do that? I mean
just look at these jerseys 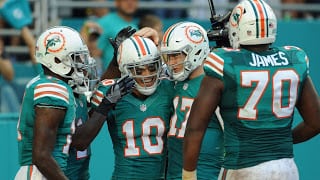 That’s a winner 100/100 times. These jerseys are an absolute good.
Damn they look sharp. One of my favorite things to do is when the schedule
comes out is to find out which game Miami will wear the throwbacks due to how
they just reek of awesomeness. The thing about the throwbacks is that fans of other
teams think they’re fantastic as well. Every time Miami wears them I have
several friends that say “yeah your team stinks but at least your jerseys
are awesome. Why don’t they wear them all the time?” I wish I knew.
I have
no idea what updates they will make to the current jerseys. I’m sure there’s
tons of fan boys out there putting their graphic skills to work and coming up
with wild looking jersey designs as I type. Whatever Miami does, I’m sure it
will be better received than the last uniform change in 2013. I feel like most
fans were disappointed at that weak looking Dolphin logo. I’ve grown to accept it,
but my first response was of the feeling of a bit of a letdown. Maybe on April
19th I’ll be blown away at how sharp they look. You know what kind of an update
they should do? Go back to the 1966 throwback jerseys full time and let this
team play out of their shoes wearing them like they did against the Patriots on
Monday night this year. But that will never happen because the big brains of
the Miami Dolphin higher ups think that 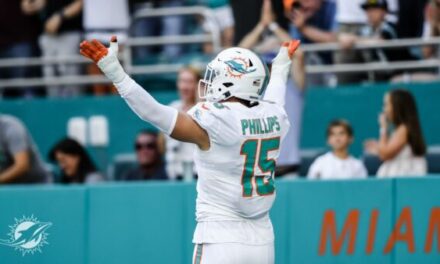 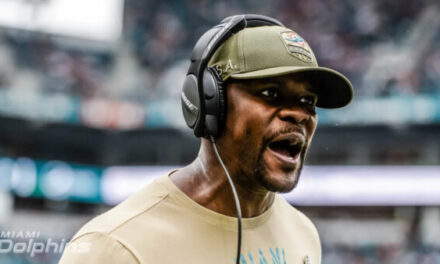