One of the biggest surprises thus far in 2020 for the Miami Dolphins has been the improvement of their offensive line. It’s a far cry from a year ago.  They have allowed 10 sacks through 6 games and have done a good job giving the quarterback time to throw as well as open decent running lanes. The line hasn’t been perfect but is more competent than a year ago in spite of playing 3 rookies and 2 free agents with no training camp.

Now comes their biggest challenge this Sunday against the Los Angeles Rams. The Rams are led by Aaron Donald and he is one of the best if not the best defensive players in the NFL. He is capable of taking over a game and disrupting offenses. Even if the Rams get behind, he is capable of making plays that can turn the tide of the game.

A few weeks ago, the Rams trailed the Buffalo Bills 28-3 and the Rams came storming back to cut the deficit to 28-25. The Bills were driving for another touchdown in Rams territory however, Donald came up with a sack on Josh Allen that resulted in a 15 to 20-yard loss, and then on the next play sacked Allen again only this time forced a fumble and the Rams recovered to go down and take the lead. The Rams ended up losing the game, but it was a play in the game the shows the type of player Donald can be no matter the score.

Check out what Mike Greenberg of ESPN had to say regarding Tua and the pressure he is under as we are days away from his first NFL start. #FinsUP https://t.co/s7LRWVSMMw

The offensive line will have to be sharp this Sunday. They haven’t gone up against a defensive player with Donald’s ability. The Dolphins have held their own on the offensive line through the first 6 games, but there is room for improvement. They have to open up more running lanes to make the Dolphins ground game more effective and pulling on screenplays to get our backs like Matt Breida in open space. The bye week came at a good time as Solomon Kindley the last few weeks looks like he has hit the rookie wall as well as dealing with a minor foot injury. So maybe the extra week will get him recharged for the rest of the year as well as fellow rookies Robert Hunt and Austin Jackson. 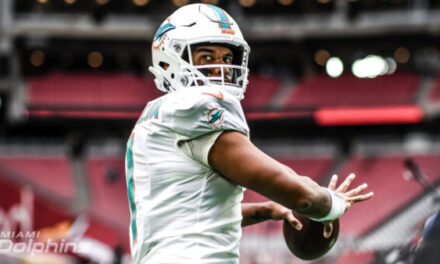 Here Is Why Dolphins Fans Are Upset 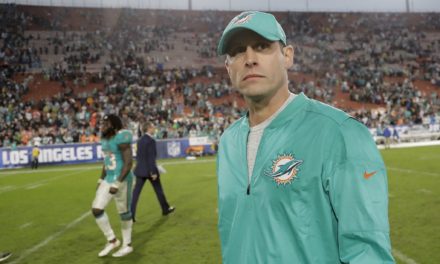 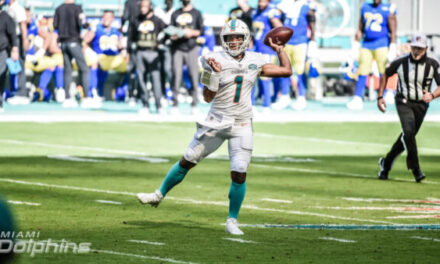