With the 2021 NFL Draft fast approaching, there will be plenty of eyes on the choices NFL organizations will be making in the first round as they look to build for their future.

Of course, there will be plenty of eyes on the first few choices as this will typically be when the best players from the college game will be selected to become professional players and hope to make it big on the gridiron.

However, many are interested in what the Miami Dolphins decide to do when they are on the clock, with many likely going to play cleopatra keno online whilst they wait with bated breath.

Miami Dolphins have already made moves

The 2021 NFL Draft is imminent; there is still plenty that can happen between now and April 29, 2021, especially regarding the Dolphins. The Miami franchise has already made moves in the draft, having swapped first-round picks twice already during the offseason.

Having initially acquired the number three pick due to Houston’s performances in the NFL last season, they traded down to 12 as part of a blockbuster deal with the San Francisco 49ers but have since traded back up to 6 as they created a deal with the Philadelphia Eagles for future picks.

There have been rumors that the Dolphins could look to trade the sixth selection, but whether they entertain an offer good enough for them to do that remains to be seen at the moment.

One argument that can be had regarding why they have decided to drop back from number three is that they do not require a quarterback after drafting Tua Tagovailoa last season. However, the move up to six suggests that they could provide the Hawaiian with a weapon that can help improve them immediately, such as a wide receiver.

One option that the Dolphins could look to explore regarding picking up a wide receiver in the 2021 NFL Draft is Ja’Marr Chase.

The LSU Tigers WR is a highly-rated prospect in his position and could be argued to be one of the best on the board, especially given that the first three or four picks are likely to be for quarterbacks, with each of those franchises keen to add to that position.

Among the 52 players at the wide receiver position, Chase posted numbers in the top-three and even managed to break a record in which he managed to complete the short shuttle in less than four seconds.

🚨MUST WATCH🚨 Great Segment with Ian Rapoport and Rich Eisen as they discuss why and should the Dolphins trade down from the 6th spot in Round 1. Ian explains Miami's thought process right now. Rich thinks Miami shouldn't trade down. Great discussion! https://t.co/Lmlp1qzKto

If Miami Dolphins decide that they want a tight end instead of a wide receiver, they may opt to go for Kyle Pitts.

Already based in Florida after playing college football there, Pitts is believed to be the best player available in the overall 2021 NFL Draft and has continued to put in some impressive numbers that make him a great prospect.

The numbers he posted – which included a 4.40 40-yard dash – would have ranked him inside the top 10 wide receivers; therefore, the Dolphins could get a player who could be utilized in a couple of different positions, enhancing the weapons available to Tagovailoa next season. 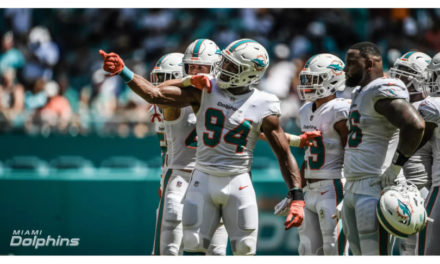 What To Do About the Defensive Ends 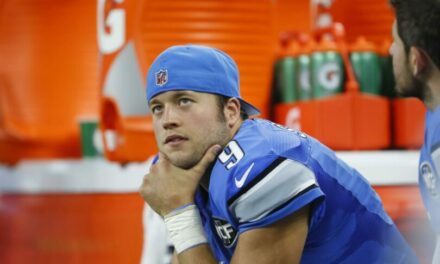 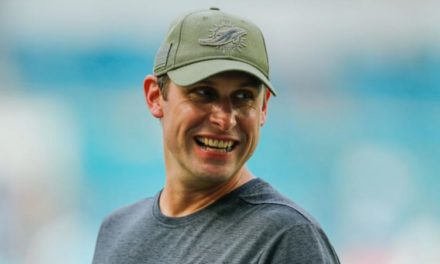 Dolphins Will Look Smart (Or Dumb) On Gase