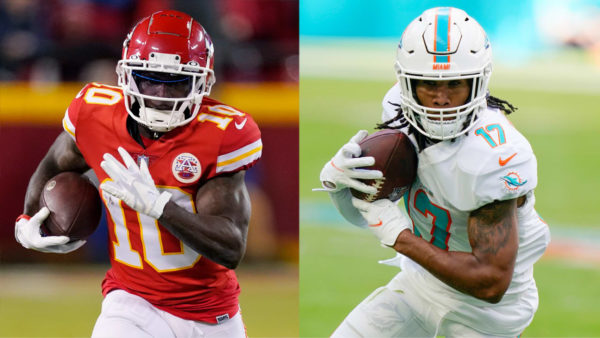 When the Miami Dolphins hired head coach Mike McDaniel, everyone knew there would be change on the offensive side of the ball because of McDaniel’s offensive background. However, the most significant makeover on the offensive side of the ball has been at the wide receiver position. The Dolphins this off-season brought in running backs Chase Edmonds and Raheem Mostert to compete with Myles Gaskin and Salvon Ahmed. They brought back the entire group of tight ends and added Connor Williams and Terron Armstead to compliment the young offensive line.

The Dolphins knew going into the off-season that they needed to add more playmakers at the wide receiver position because they only had one touchdown of over 30 yards this past season, and that’s hard to do in the NFL today with the rules favoring the offense. The only receiver coming back is Jaylen Waddle, the Dolphins’ first-round pick in the 2021 NFL draft, and he is coming off a rookie season in which he set the rookie record for receptions. Waddle is a dynamic playmaker, who hasn’t scratched the surface of his potential, but the player around him was lacking. For the last 3 to 5 years, the Dolphins have counted on receivers DeVante Parker, Albert Wilson, Preston Williams, Allen Hurns, and others. The problem is those players couldn’t stay on the field together because of injury, and when they were on the field, they got inconsistent play. The Dolphins last year signed Will Fuller to a one-year $10 million guaranteed contract, despite his durability concerns, and the Dolphins got burned in this deal as he only played in one and a half games this year.

Wilson showed promise when he signed as a free agent in 2018, but he suffered a season-ending hip injury halfway through the season, and he wasn’t the same player after. He opted out in the covid season in 2020 and started off hot last training camp but couldn’t carry that into the season. Hurns was a veteran and had a good 2019 season and got a contract extension, but like Wilson, opted out in 2020 and then had an injury that kept him out last year. Williams is the only receiver of this group returning, but he only signed a one-year minimum contract. He’s a talented receiver, but he had knee and foot injuries that ended his 2019 and 2020 seasons. Last year he was healthy but, for some reason, couldn’t make any impact. The Dolphins also had Mack Hollins, and he played well when inserted into the lineup, but he was primarily a special teams player, and the Dolphins were only willing to pay him so much.

The Dolphins knew they couldn’t rely on this group, so it was time to shake things up. They signed Cedrick Wilson, a tall receiver with speed to get yards after the catch hidden on the depth chart with the Dallas Cowboys. Then the Dolphins made an aggressive trade acquiring Tyreek Hill from the Kansas City Chiefs for five draft picks. Hill is the most explosive receiver in football and is a threat to score anytime he touches the ball. The expectation is he will help open things up for Waddle and the other receivers on the team. The Dolphins needed that desperately in their offense.

With the acquisitions of Wilson and Hill, it made Parker expendable. The Dolphins could have kept Parker at his reasonable 5-million-dollar salary, but it was time for a fresh start for both parties. Parker was a first-round pick in 2015 and is very talented, but the reality is he never lived up to his draft status because of injuries and inconsistent play. Parker’s best season came in 2019 when he had over 1,200 receiving and nine touchdowns. It earned him a contract extension, but the problem was that was the only season he was available for a whole season. Parker always missed time with injuries, and he couldn’t be counted on anymore. The Dolphins, though, weren’t going just to let him go. They tried to find the best trade possible. Unfortunately, the best deal was with the division rival New England Patriots. They gave the Patriots Parker, and a 5th round pick this year for a 3rd round pick next year so that the Dolphins won’t benefit from this trade until next year.

The Dolphins needed to make these changes at the wide receiver position because their group wasn’t getting the job done. The expectation is that this new group of receivers will make more big plays and put more points on the scoreboard, which should give the team more wins. 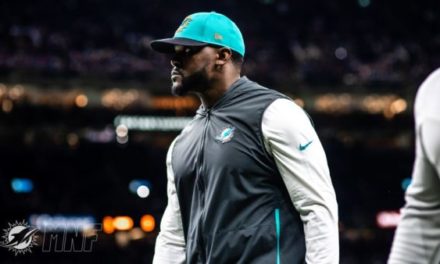 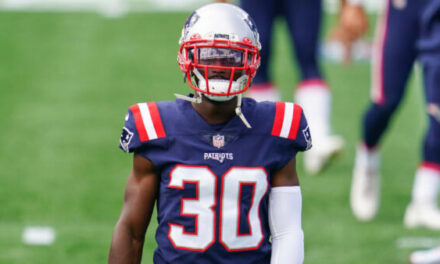