Win or lose, he’s been quick to give credit where it’s due or place the blame squarely on his own shoulders. The latter was apparent following Sunday’s 28-31 loss to the Buffalo Bills.

Omar Kelly took to Twitter to comment on this humility following Flores’ media availability on Monday. While I’m hesitant to dredge up old skeletons here, Kelly argues that Flores has very little ego about him compared to Adam Gase and even Joe Philbin.

Just thinking out loud: #Dolphins coach Brian Flores comes off with a humility that I'm simply not used to from an NFL coach.

I'm still feeling him out, and figuring out who he is as a person. But his humility seems pretty consistent.

You can see what Kelly is talking about when you look at Flores’ comments from Monday, this one regarding the Dolphins’ lack of pass rush through two games: “We’ve got to do a better job as a coaching staff of putting them in position to rush better. The players have got to work their techniques, fundamentals, and just rush better.”

The first thing he points out is that the coaching staff needs to do a better job, that they have to be a part of the solution as well.

About pass coverage that has been almost nonexistent to start the year, Flores said “we got to coach it better, mix the coverages and cover better. We’re not pointing fingers or making excuses.”

It’s fantastic that Flores is taking some blame here rather than putting it all on his players. It’s helpful in identifying what isn’t working so far and it’s good for the locker room.

But what would be even better?

A solution to the problems Flores was addressing.

***NEW*** @DolphinsTalk.com Podcast: Can the Dolphins Defense Turn it Around’ on #SoundCloud #np #FinsUP https://t.co/SyVtFW5YB0

The reality is that the Dolphins’ second-year head coach is more spot-on than many fans realize — Sunday’s loss to the Bills and the overall 0-2 record the Fins currently hold isn’t on just the players or just the coaches. It’s on both.

Here’s what I mean:

Rookie cornerback Noah Igbinoghene, the youngest player in the NFL, not being able to cover a very good wide receiver in Stefon Diggs one-on-one? That’s an execution issue. A player issue.

Leaving him in that role after watching him get torched over and over again? That’s a coaching issue.

Ideally, the rookie would’ve been up for the task, but if not it’s on the coaches to adjust and put him in a better position to succeed. Neither happened on Sunday, and it was a big reason why the game just slipped from the Dolphins’ grasp.

So it goes both ways.

The bright side is that the Dolphins have a coach who can admit when his staff makes mistakes and also isn’t afraid to correct players when they need it. What matters now is whether or not they turn that ownership into a first victory in 2020. It’s easy to be humble when you’re losing — let’s see Flores do it after his first win of the year.

This week brings on the Jacksonville Jaguars, and the Thursday night primetime game has more implications than many casual viewers will realize.

The Jags are in the first year of an extensive rebuild. Guess who was in year one of a complete rebuild last year?

You guessed it, the Dolphins.

Essentially the Jaguars are who the Dolphins were last year, except their quarterback prefers a mustache to a beard and they have more talent than Miami did at the beginning of its rebuild. They won their first game of the season, while the Dolphins went winless through seven games last year.

This time last week I talked about how it was just a tad early to hope very strongly for a Dolphins victory. This week, I’m telling you that now is the time.

🚨This Day in @MiamiDolphins History🚨 @JayFiedler Leads the Dolphins to a Comeback Win in the Closing seconds in the first game back after 9/11 https://t.co/81bsrecDXV

This is essentially a team one year into a rebuild versus a team one month into a rebuild — logic would suggest that team A would win. The troublesome thing is that the Jags are favored in this game, and not without reason.

They’re 1-1 so far this season while the Dolphins are 0-2, Gardner Minshew has looked very good so far, and the plethora of youngsters that are seeing lots of playing time for the Jaguars are by and large doing pretty well. Considered a tanking franchise by many (including myself) just a few weeks ago, the Jags have surprised people and look to be a competitive team at least early in the season.

The reality, however, is that none of that matters this week. The Dolphins just need a win, plain and simple. Consider this:

In the two weeks following this Thursday’s game, Miami will face off against the Seahawks and then the 49ers. Even with the Niners being as banged up as they are, the Dolphins can’t reasonably expect to win either of these games.

So what happens if the Dolphins lose on Thursday? They likely fall to 0-5 just about by default.

But if they manage a victory against the Jags, the team can notch its first win of the season before finishing out the difficult early stretch of the season and maybe carry some momentum into weeks four and five for a heroic upset.

Last season the Dolphins started off 0-7 in year one of the rebuild.

Expecting the Dolphins to go at least 1-4 to start in year two of the rebuild shouldn’t be too much to ask — it should be expected, as it’s time the team showed some tangible progress. As ugly as the seasons’ first two games were, the scores were close and had the feel of slight moral victories coming against vastly superior teams.

Come Thursday night, it’ll be time for a real victory. 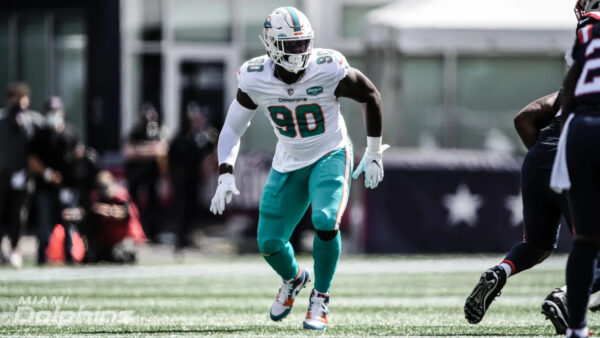 I know that the Dolphins have struggled mightily on defense — trust me, I’ve cringed and opened my mouth in weary disbelief just as much as any other viewer these last two weeks. And I know that the offense has had its fair share of ups and downs so far as well. I’m telling you that those weeks one and two performances don’t matter anymore. The Dolphins just need a win to avoid a likely 0-5 start to the season.

You think there’s reason to panic now, after two close losses to the Pats and then the Bills? Just imagine if the team started 0-5. Dolphins Twitter would be a black hole of despair.

The Jags aren’t a vastly superior team to the Dolphins talent-wise, and some regression to the mean for the league’s youngest team would make sense after two very solid performances to start the year. The Jags also only have one sack so far, though they’ve played two of the better O-lines in the NFL. The Dolphins can win this game — they should win this game.

Generate a pass rush. Tighten up the secondary (*cough cough* move Bobby McCain back to nickel). Find balance on offense. Create separation on offense in the passing game.

“From a coaching standpoint, and that starts with me, we’ve got to put guys in a better position to make plays.” Brian Flores said on Monday.

He’s right — it’s on both him and his players. Now it’s time to let the humility pay off and right the ship with a win on Thursday night. 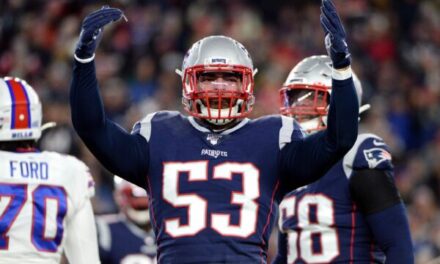 Will Dolphins Additions on Defense Translate To On The Field Success? 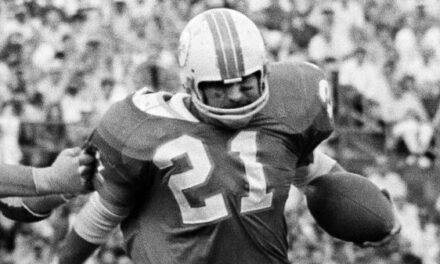 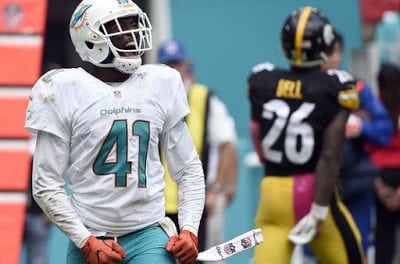