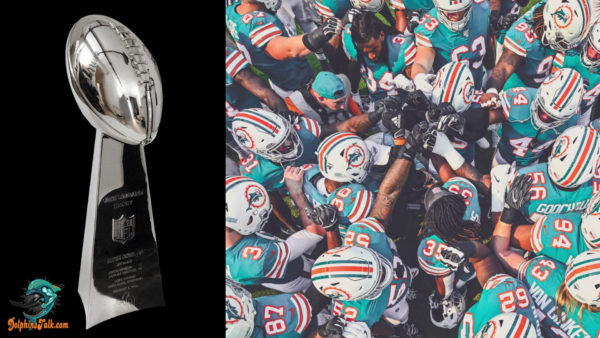 I know, I know, most of you are reading the headline to this article going, really, Mike, you think they will win the Super Bowl in 2022?

Yes, 1994 and 2002 were a long, long time ago. But those two Dolphins teams who entered those seasons were Super Bowl contenders. And this 2022 Dolphins roster, in some ways, is better than each of those rosters!

The cornerstone for any team that wins a Super Bowl is having a handful of elite players sprinkled throughout their roster. You aren’t going to win a Super Bowl if your roster has no superstars; it just doesn’t happen in the modern NFL. Miami, in recent years, has not had many, if any, elite players on their team. That has all changed.

Those are three names that nobody, and I mean nobody, can argue are not elite. Two of those players (Howard and Armstead) play in critical positions that are ultra-important in the NFL (cornerback and left tackle). And Tyreek Hill right now is on track to be a 1st-ballot Hall of Fame wide receiver with the numbers he has put up and his career trajectory.

The word elite is often thrown around way too often these days, and most of the time, fans and media members use it far too casually on ordinary players. I think with the three players I mentioned above, though, it truly fits. You can’t win with a team that has no superstars and you don’t need a team filled with only superstars. But you need some elite players and superstars and, at the very least more than just one. I believe Miami has three outstanding ones I think that can be the cornerstone of this upcoming season.

SPEED AND ATHLETICISM ON BOTH SIDES OF THE BALL

Another trait that all Super Bowl-winning teams have is excellent overall team speed and athleticism on offense and defense. The 2022 Dolphins have that.

Let’s start with the offense; Tyreek Hill, Jaylen Waddle, and Raheem Mostert are three names alone that give the 2022 Miami Dolphins the fastest offense in the league. Those are three of the fastest players in the NFL. Throw in guys like Cedric Wilson and Chase Edmonds, who on any other team may be that team’s fastest player, and the Dolphins should have no problem running away from defenders this upcoming season.

Let’s look at players like Jaelan Phillips, Jevon Holland, Brandon Jones, Channing Tindall, and Jerome Baker on defense. All guys are known for their athleticism and ability to chase down players.

On offense, you don’t need to run over people; you need to get the ball in space and run away from people.

The Dolphins can do these things on both sides of the ball and are built this way.

HEALTHY MIX OF YOUTH AND VETERANS

For those long-time listeners of the DolphinsTalk.com Podcast, you have heard me yell and scream about this in regards to the Dolphins the past few years. In the modern NFL, you cannot win with a team filled just with young players and kids on their rookie contracts. On the flip side, you cannot win with a roster filled with players over the age of 30 who are on the downside of their careers. You need a healthy mix and a balance of youth and veterans. Under Brian Flores, the Dolphins (aside from Ryan Fitzpatrick), for the most part, we’re a team of kids under the age of 25. One season (the best season Flores had), he brought in Shaq Lawson, Ereck Flowers, and Kyle Van Noy. Not shocking to anyone that it was the best Miami team in the Brian Flores era, but for some reason (another story for another day), he ran those three veterans off after just one season.

With Brian Flores, it felt like each year was the first day of kindergarten where you were taking a bunch of wet behind-the-ear rookies and trying to show them the NFL game. Hence, the team always got off to a slow start in September in October that they could never rebound from.

That has all changed, though. This offseason, Miami has brought in veterans and many of them. Tyreek Hill, Terron Armstead, Connor Williams, Sony Michel, Melvin Ingram, and Teddy Bridgewater, just to name a few.

You look at recent Super Bowl winners like Tampa Bay, Kansas City, and the LA Rams, who all had this healthy mix. This Dolphins’ roster finally has that healthy mix of youth and veteran experience it has long needed.

As I said at the beginning of this article, I am NOT predicting the Dolphins to win the Super Bowl; I am just saying they have a roster capable of winning one should some things fall into place. So, let’s break down those question marks that have to fall into place.

Mike McDaniel: I know Dolphins fans are excited and giddy about their new head coach heading into the 2022 season, but he is a total unknown. He has never called offensive plays before, and we don’t know what his in-game decisions will be. He could be a genius, be on top of everything, and push all the right buttons. Or, he could be like Brandon Staley, the young LA Chargers head coach who thinks so outside the box that he often makes head-scratching decisions and loses games for his team. We just don’t know. The risk with hiring these very young head coaches is rolling the dice on them, stepping into a huge role they have never been in before. And you are wondering if they have the maturity and sound judgment to succeed in that role.

Tua: I know we made it this far without talking about Tua, but it is a foregone conclusion I don’t have to go that much in-depth on. For the Dolphins to win the Super Bowl, Tua must play better. A lot better! Tua hasn’t been bad through two seasons but hasn’t been good (Sorry, TuAnon). We need to see him make a giant leap in 2022 for Miami to make the playoffs and make a playoff run. No Excuses!

Offensive Line: Well, this unit can’t get worse in 2022 than last year. The additions of Terron Armstead and Connor Williams (no matter where they play him) will improve this group. Now the question is, how much better? Can Liam Eichenberg finally find a home and be successful there? Can Austin Jackson save his fledgling NFL career? Can Robert Hunt raise his game up a level? Also, will the guys behind this group develop enough to provide depth?

Even with the question marks, I listed above, that’s it. Think about that; heading into the 2022 season, those really are the only three question marks on this team. In recent years we have entered the season with ten or more question marks; this year, we really only have three! If that isn’t a sign of how much things have changed in Miami Gardens in the past few months, I don’t know what.

In 2022 if the key players just do what they did last season per say,

Xavien Howard plays like he has the past two seasons

Jaylen Waddle is a reception machine like he was last season

Mike Gesicki is running free down the middle of the field, making big play after big play

Emanual Ogbah is giving us 10+ sacks

Not crazy things to assume with those players, and on top of that, Tua makes a giant leap from year 2 to year 3, the offensive line stabilizes into, at worst, a middle-of-the-pack quality unit, and Mike McDaniel just doesn’t think so far outside the box he screws things up. YES, this Dolphins team has enough talent to compete for and win a Super Bowl. 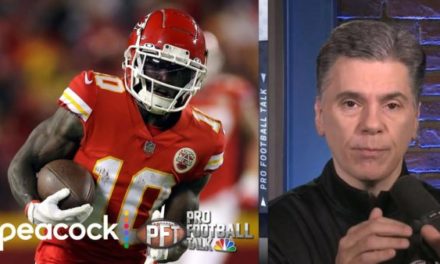 FLORIO/SIMMS: How will Tyreek Hill Fit in the Miami Dolphins Offense? 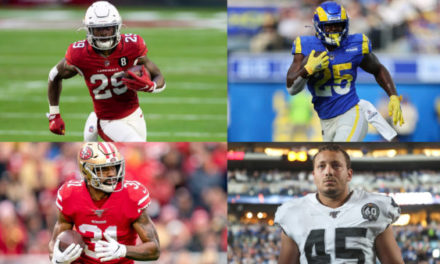 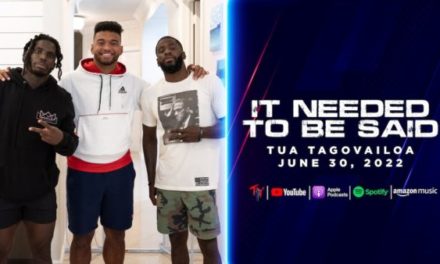 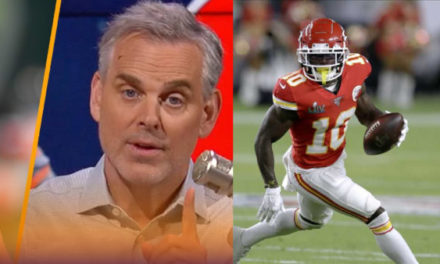