Six Things to Watch for in Bills vs Dolphins

The Dolphins play in one of the biggest games in recent memory as they’re coming off one of the most improbable wins in Franchise history. And now they face the team that’s the odds-on favorite to win the AFC.

Here are some of the key matchups to look for in Sunday’s game:

The Dolphins’ offensive line has shown signs of improvement in their first two games of the season, they’ve gone from one of the worst units in the past decade to an average one, but now they face the most significant challenge yet. While their unit is a bit banged up in the interior, it’s still a pretty strong line, which will prove a threat to the Dolphins. Von Miller will be a first-ballot Hall of Fame player when his career is made. Still, he hasn’t slowed down yet, the former University of Miami player Gregory Rousseau has also developed into an excellent pass rusher, and Jordan Phillips has had a solid start to the season. Liam Eichenberg struggled against Calais Campbell on Sunday. Hopefully, that performance doesn’t repeat itself against Buffalo.

Through two games, the Miami pass rush has been essentially non-existent, they managed to get Mac Jones in trouble, but that was mostly through elaborate blitzes that they failed to pick up. In Week 2, Lamar Jackson wasn’t hit once when attempting to throw the football, despite Miami constantly sending heavy blitzes. They again face a Quarterback who is great at extending plays, meaning Miami will need big performances from Emmanuel Ogbah, Jaelan Phillips & Melvin Ingram, who have been quiet so far.

Not the sexiest receiver vs. corner matchup in this one (still to come), but nonetheless important. In the infamous 2020 Week 17 defeat in which Miami allowed 56 points to Buffalo, Nik Needham got torched for two touchdowns by Isaiah McKenzie, who was a backup at that time. Now, McKenzie has a more significant role with the departure of Cole Beasley, and Nik Needham will need to improve his performance in 2020.

Through 2 weeks, we’ve seen the effect of having two of the fastest receivers in the NFL paired together. They’ve compiled five touchdowns and have over 200 yards, but they now face the most challenging matchup yet. While the Bills will be without Tre’davious White & Dane Jackson, they still have two of the best safeties in football (Micah Hyde is in doubt to play) which may force Miami to have to resort to utilizing some of their other playmakers. Cedrick Wilson hasn’t made any noise so far; this may be his best opportunity to do so despite some rib injuries.

One of the best receivers against one of the best corners in football; it’s that simple. Xavien Howard hasn’t had the start of the season that he’s capable of, and his matchup doesn’t get any easier. He typically struggles against shiftier receivers, like Rashod Bateman displayed this past Sunday, and Diggs is one of the best at creating separation. Unless Miami repeats their game plan from the Ravens game, he should have more help from the backend to allow him to be his usual aggressive self and ballhawk.

Miami is yet to have a 100-yard game on the ground this season, but signs were encouraging against Baltimore; it was mostly abandoned due to the large deficit. In theory having Hill and Waddle should help the running game, especially considering the threat of their facing two deep coverages in 28 percent of early-down snaps, meaning they’re typically facing weaker boxes. Hopefully, this is the fame where that pays dividends.

An excellent running attack could be the key to an improbable upset over the Super Bowl favorites. 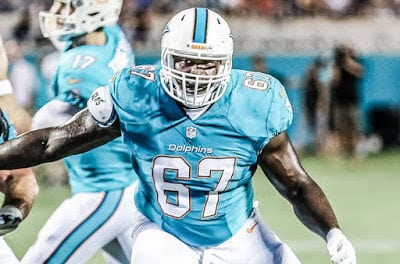 DolphinsTalk.com Daily for Wednesday, Nov 22nd: Adam Gase Not Showing Up for His Own TV Show & Dolphins Penalty Issues 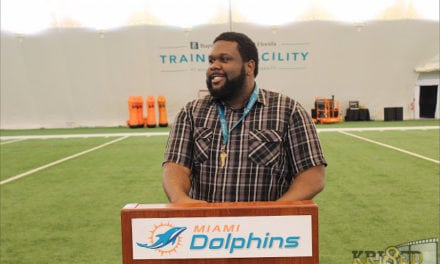 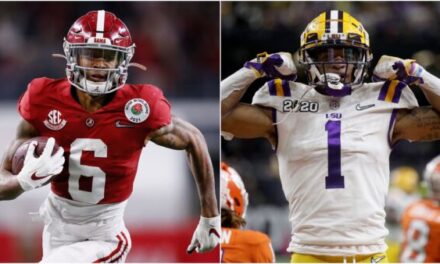 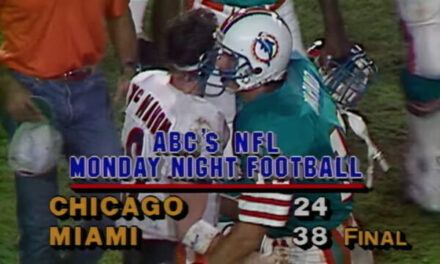