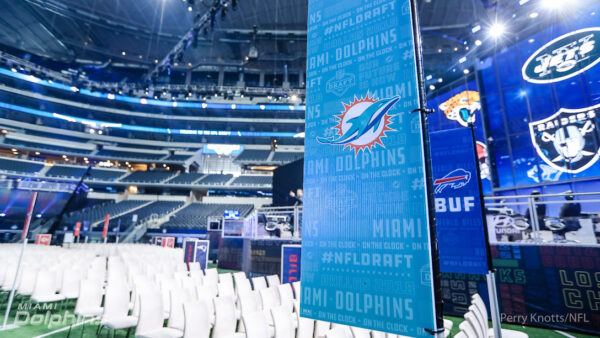 This got me thinking about what my perfect scenario for the Dolphins would be in the first round. Jeremiah’s picks are not bad, but I think I might be able to do better or at least provide alternative scenarios that could happen come draft night. I am not going to change pick five because I agree with his selection of Tagovailoa.

Henry Ruggs III is a dynamic receiver who would give the Dolphins an element to their offense they haven’t had in a long time, however, Miami needs help upfront more than anything. In my dream scenario, I have Andrew Thomas taking a slight tumble down the board to pick 18.

Thomas checks a lot of the Dolphins’ boxes when it comes to draft prospects. Miami wants their tackles to have long arms. Thomas measured in at the combine with 36 and 1/8th inch arms, which is in the 97th percentile for an offensive lineman. Thomas also comes from a power five school, which Dolphins’ General Manager Chris Grier seems to like. Miami’s entire draft class from last season was players who played in the power five.

From a scheme perspective, Thomas is a perfect fit for what the Dolphins want to do. Last year, Brian Flores talked at length about installing a power-run scheme and trying to wear down the opposing team over four quarters. Well, that is exactly what Thomas did at Georgia blocking for running backs like D’Andre Swift and Sony Michel.

Ruggs III might be the better player in a bubble, but Thomas is my dream pick for Miami at 18.

Jeremiah’s original pick of Austin Jackson is actually my nightmare scenario for the Dolphins at pick 26. The Dolphins have a huge hole at tackle, so I understand the need to fill that gap. Heck, I did it myself by picking Thomas. Jackson is just too raw to take that high and is more of a finesse player than a power player, which I think the Dolphins will prefer. Taking Jackson in the first round would be a huge reach. 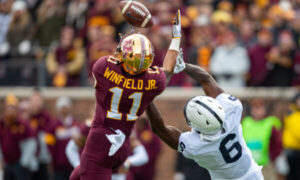 Enter my dream pick of Antoine Winfield Jr. from Minnesota. If you are not familiar then I highly suggest you go to YouTube right now, watch some of his highlights, and then come back to this article. Trust me, you will enjoy them.

The Dolphins’ current group of safeties are Steven Parker, Eric Rowe, Adrian Colbert, and Colton Fejedelem. Rowe was okay during the back half of 2019, but none of the other guys fill me with much confidence, which makes safety a big need.

Brian Flores said Winfield Jr’s father, who played in the league for a long time, was one of his favorite players to ever be around. That is coming from a guy who coached Tom Brady and other Patriots’ greats.

The young Minnesota safety fits everything Flores has been preaching about since he got to South Beach.

Winfield Jr was the epitome of versatility with the Golden Gophers lining up at free safety, strong safety, and slot corner. He also has experience in multiple deep zone coverages like cover-one and cover-two. He is a bonafide playmaker on the backend, as well. In 2019, he recorded seven interceptions, 83 tackles, three sacks, and two forced fumbles.

Not only is Winfield Jr a productive ballhawk, but he is also a very physical player who has no problems making big hits on ball carriers. Don’t let his size fool you either because he can lay the wood like some of the old school players used to do.

As someone who covers the draft all year, I can say this might be a small reach. However, when you find a player who fills a position of need, is a perfect scheme fit, and perfect character fit, you would be foolish to pass on that player in the first round. 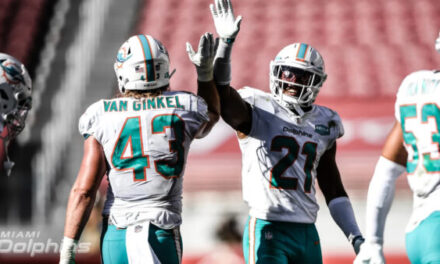 Stock Up / Stock Down for Week 2 Game vs Jets 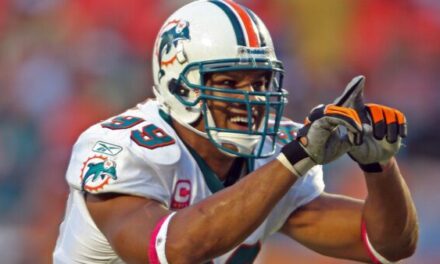 This Day in Dolphins History: February 4, 2017 Jason Taylor Elected to the Pro Football Hall of Fame