The Cost of Moral Bankruptcy 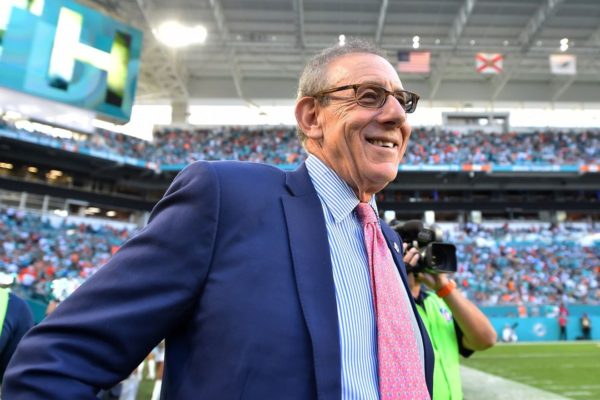 Exasperating to the extreme.

These are the emotions of a Miami Dolphins fan in the early goings of the team’s training camp as August begins. Tua is connecting on deep shots to Tyreek Hill and rookie wide receiver Erik Ezukanma, Jevon Holland is looking like an All-Pro, and the energy at these grueling practices has been fantastic. But something is wrong.

A dunce still owns the team. No amount of coaching turnover, offensive talent infusion, or growth from the roster can change that. The team is still owned by 82-year-old Stephen Ross, who doesn’t seem to know his ass from his elbow.

On Tuesday, reports exploded all over the news and social media that the Dolphins were being stripped of their 2023 1st-round pick and 2024 3rd-round pick as punishment for tampering violations that took place starting in 2019 involving New Orleans Saints head coach Sean Peyton and then-New England Patriots quarterback Tom Brady.

Additionally, Ross is being fined $1.5 million and suspended through October 17th. His business partner and friend, Bruce Beal, is also being fined and is suspended from all league meetings for the rest of the 2022 season.

Moral bankruptcy, especially on the part of a highly influential NFL owner, has a price. And in this case, that price disproportionately affects just about everyone but the perpetrator himself, Mr. Ross.

What $1.5 million means to a man with a net worth of $8.2 billion is far less than the meaning of a first-round pick to fans and the front office alike. And that’s without even mentioning the shame that goes with being associated with the team. Not all of us have billions of dollars to hide behind.

Tampering, for the uninitiated, is essentially when a team gets in contact with or makes comments about a player (or coach, in this case) on another team that would interfere with said player/coach’s relationship with their current team. As one could imagine, telling a player that he could get paid double what he makes now if he left for team X, Y, or Z – for example – would certainly interfere with the relationship he has with his current team.

Tampering is actually legal for a 52-hour window just before the start of the new league year and the onset of free agency – called the “legal tampering period” – but outside of that window, it is forbidden. Outside the window, no talk of interest, contracts, or other promises is permitted.

Realistically speaking, these discussions probably happen in a more hush-hush manner outside of the legal tampering window at events like the NFL Combine, which used to be known as the unofficial start of free agency when team execs and scouts were all in the same place to talk, well, business. But those discussions are… private. They’re quiet. They’re savvy.

In the case of the Dolphins, the league concluded that the team had “impermissible communications” with Tom Brady and Sean Peyton “of unprecedented scope and severity” outside of the legal window.

We could go into the timeline here, but does it really matter?

Ross and his cronies – namely partner-in-crime Bruce Beal, who conducted the meetings with Brady – repeatedly tampered, working towards some indescribable, breathless dream for the Miami Dolphins franchise that was rotten to its core.

They wanted Sean Peyton as coach and Brady as a part owner and executive. And hey, while we have him, why not have him line up under center while he’s still got it? It was a master plan, too big to fail. It was – stop me if you’ve heard this before – too sensational for its own good.

Just as damning as the moral implications are the fact that the scheme was… dumb. It probably would have never worked even if the league hadn’t gotten involved. Peyton was still under contract with the Saints for most of the tampering occurrences. New Orleans would need to approve any communications between him and the Dolphins about coaching. Why would they? The same goes for Brady. The Patriots, then Buccaneers, would need to release Brady from his contract before he could sniff the field for another team. Again, why would they?

But that’s not all.

My appearance last night on the local Cleveland CBS affiliate talking about the Stephen Ross suspension and Miami losing a 1st round draft pick and what it means for the #Dolphins moving forward. https://t.co/pVGPlRYKl9 pic.twitter.com/La3kGAuy2G

According to NFL.com’s Jeff Darlington, for Brady to both own a stake in and play for the Dolphins, a vote would have to be passed by all 32 NFL owners. Can you imagine other AFC East owners saying, “yep, I like it; playing against Brady again in the division is good for business.” On what planet would that happen?

But hey, Ross’s puny vote would’ve gotten the team about three percent of the way there!

It’s easy to see the flaws in Ross’ master plan, both moral and logistical. What’s more troubling is what this confirms to Miami Dolphins fans – and NFL fans at large – everywhere:

You could fill a book with what Stephen Ross doesn’t know about running an NFL franchise. Or with what he’s done wrong in his attempts, for that matter.

His hiring record has been abysmal. BullyGate with Richie Incognito happened under his watch. He went after Jim Harbaugh while Tony Sparano was still the head coach (that one has an especially pungent stench after this whole episode). The team’s twisted courtship of Deshaun Watson was pushed and prodded along by him.

As the Miami Herald’s Barry Jackson pointed out this week, the franchise has more of these national embarrassments to its name than it does playoff wins under Ross’ ownership (none, for those of you counting at home).

If this entire episode and the concurrent fallout concerning Deshaun Watson – who could have very nearly been a member of your Miami Dolphins this year thanks to Mr. Ross – demonstrates anything, it’s the cost of bad business and the cost of bad morals.

Those illegal tampering discussions outside the legal window happen – they must. How else do teams and free agents agree to contracts mere minutes into the window with so many details to work out? It happened in 2019 with Trent Brown and the Raiders, and the league hardly blinked. And teams make bad business decisions all the time. Last year’s L.A. Rams wasted almost $4 million in dead money when they parted ways with Desean Jackson midway through the season after an ill-advised signing. They won the Super Bowl anyway.

Not pursuing Deshaun Watson would have been a smart move. It also would’ve been the moral decision.

Leaving Sean Peyton and Tom Brady alone would have been the legal thing to do. It also would’ve been smart, since it would’ve never panned out anyway.

Now, players, coaches, and fans are left to grapple with the pathetic legacy of an 82-year-old owner so desperate to win that he can’t seem to get out of his own way. And Bruce Beal, Ross’ friend and accomplice, has first right to the team when Ross either sells or dies.

For everyone’s sake, pray that Beal can wrap his head around the cost of Ross’ moral bankruptcy.

(Thanks for reading! For more content — where I’m not so vindictive and more my light-hearted, optimistic self — check me out on Twitter @EvanMorris72 and give me a follow) 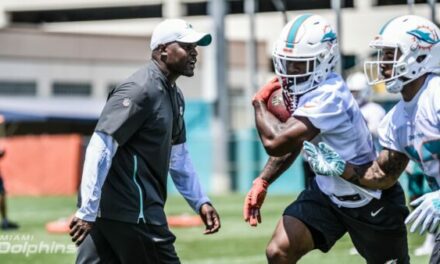 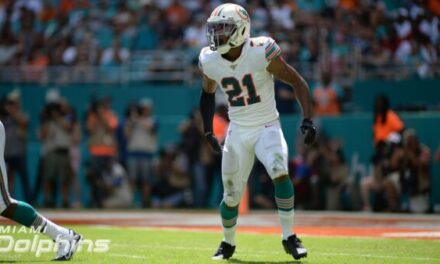 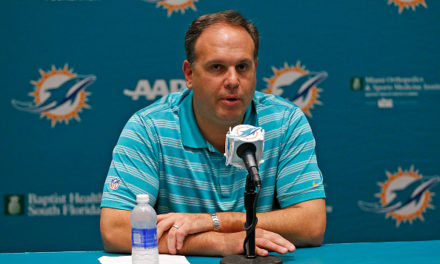 Mike Tannenbaum Has a Spending Problem 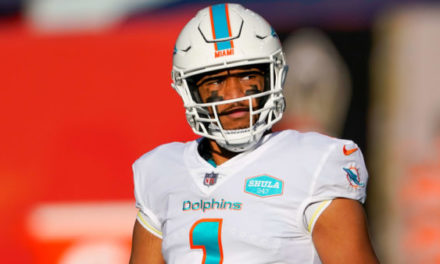